All camera footage may be utilized in criminal investigations and the ultimate purpose is to create a safer community whereby crimes are solved, and reoccurrence of crimes is minimized.

The Alliance Police Department have modeled camera access after the national crime database. All interaction with the system is accounted for. Whenever a member of APD staff actively monitors a camera, this action is registered and available for audit. Cameras are not primarily monitored by APD staff but instead through software. This software is also utilized when viewing past camera footage. The APD staff cannot spend the time viewing camera footage to solve crimes. Instead, software is utilized to find suspects for violations. This in essence means APD staff are not seeing footage unless there is an active investigation and the footage they are viewing is linked to that investigation. Should unauthorized access to the camera system occur by APD staff, they will be terminated just like unauthorized access to the national database. Viewing of private residences or businesses where there is a reasonable expectation of privacy as defined by law is prohibited unless there is a crime in progress. Video footage is not stored longer than 30 days and is automatically erased.The Alliance Police Department cameras are not accessible to the public.

Publicly accessible cameras in Alliance are as follows: 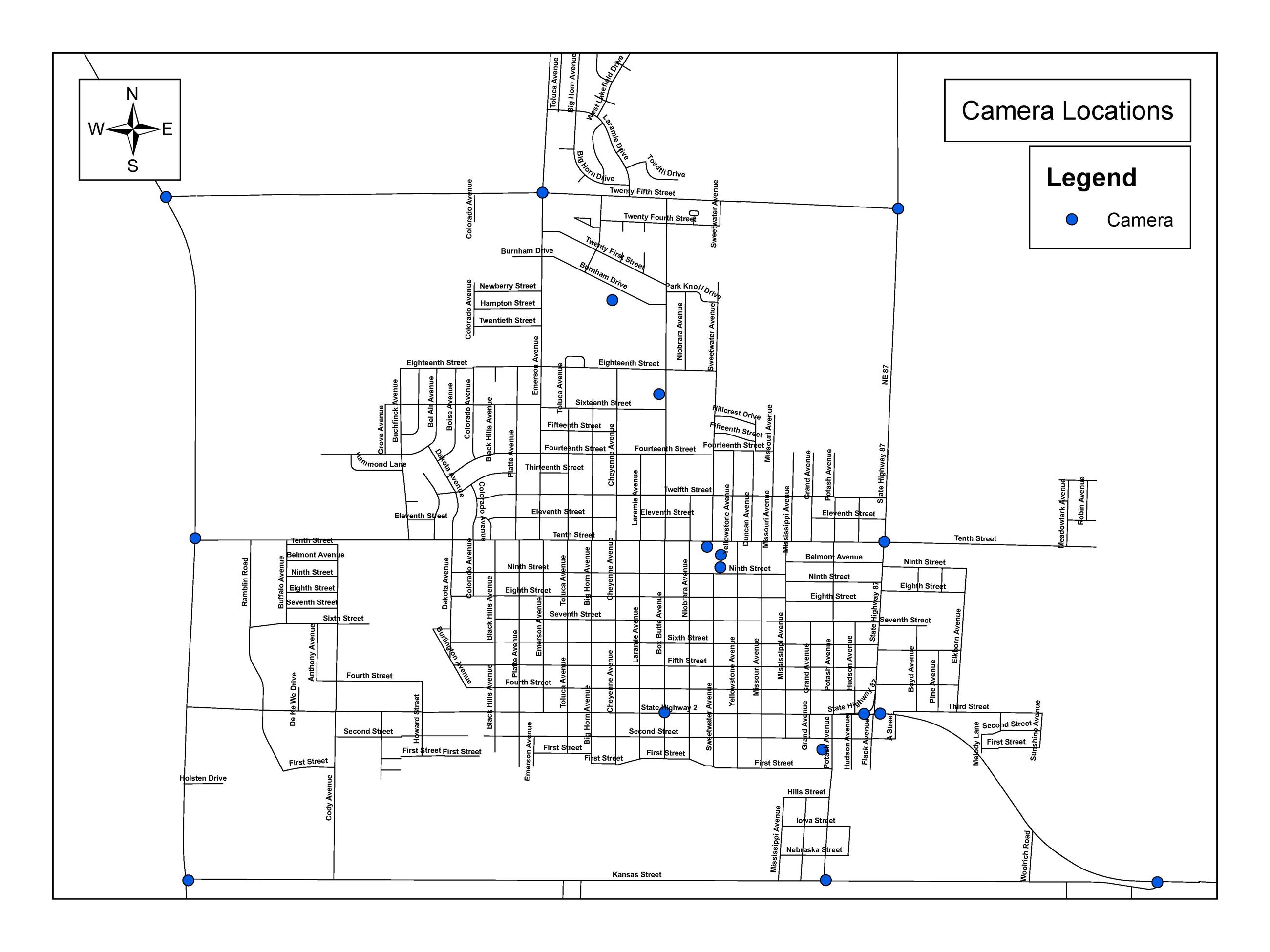 Types of Cameras Utilized by APD:

Undercover cameras: The department utilizes undercover cameras, as it has for years. These cameras are typically positioned to observe drug activity at homes that drug buys have occurred at or are under observation for organized crime. They are not randomly placed and have to be approved by a commander for a bona fide investigation.

Body Worn Cameras: All patrol officers are equipped with body worn cameras. These cameras document incidents and officer interactions with the public.

Pan Tilt Zoom Cameras: These high-definition cameras are located throughout the city and are utilized for surveillance. See the above map for location details. These cameras are not stationary and can be moved. Intelligence staff is able to zoom in when a crime is in progress.

Bystander app: The Alliance Bystander App is available for download here Apple/Android.  Any member of the public may download this app. When a member of the public activates this app on their cell phone, whatever activity is recorded by them will be immediately streamed to the police department for police response. If the app is not activated no information is sent to the police department.

911 Eye: This program is only activated when a person calls 911. The dispatcher requests access to the caller’s cell phone camera. If granted, the video is live streamed into the dispatch center for police response.