Welcome to the Alliance Police Department's Shield program. The APD Shield program is the Counterterrorism Bureau’s public-private partnership with leading security professionals and law enforcement agencies throughout the world.

The purpose of the Shield program is to strengthen the Department’s communication with our private sector partners. Shield provides an information and resource sharing platform that addresses emerging and evolving conditions within Alliance on all matters of counterterrorism. APD Shield receives and disseminates information and intelligence from other Shield programs and our public/private partners. By engaging and sharing information with both private and public sector leaders, the Department creates a force multiplier in the fight against terrorism.

Research shows that preoperational planning of a terrorist incident does not necessarily occur in the intended city of attack. As compared to the nearly 800,000 members of law enforcement in the United States, there are approximately 1.5 to 2 million security professionals. The overall purpose of SHIELD is for law enforcement to leverage this valuable resource by providing/receiving timely information to/from the private/public sector in an attempt to prevent potential terrorist attacks. 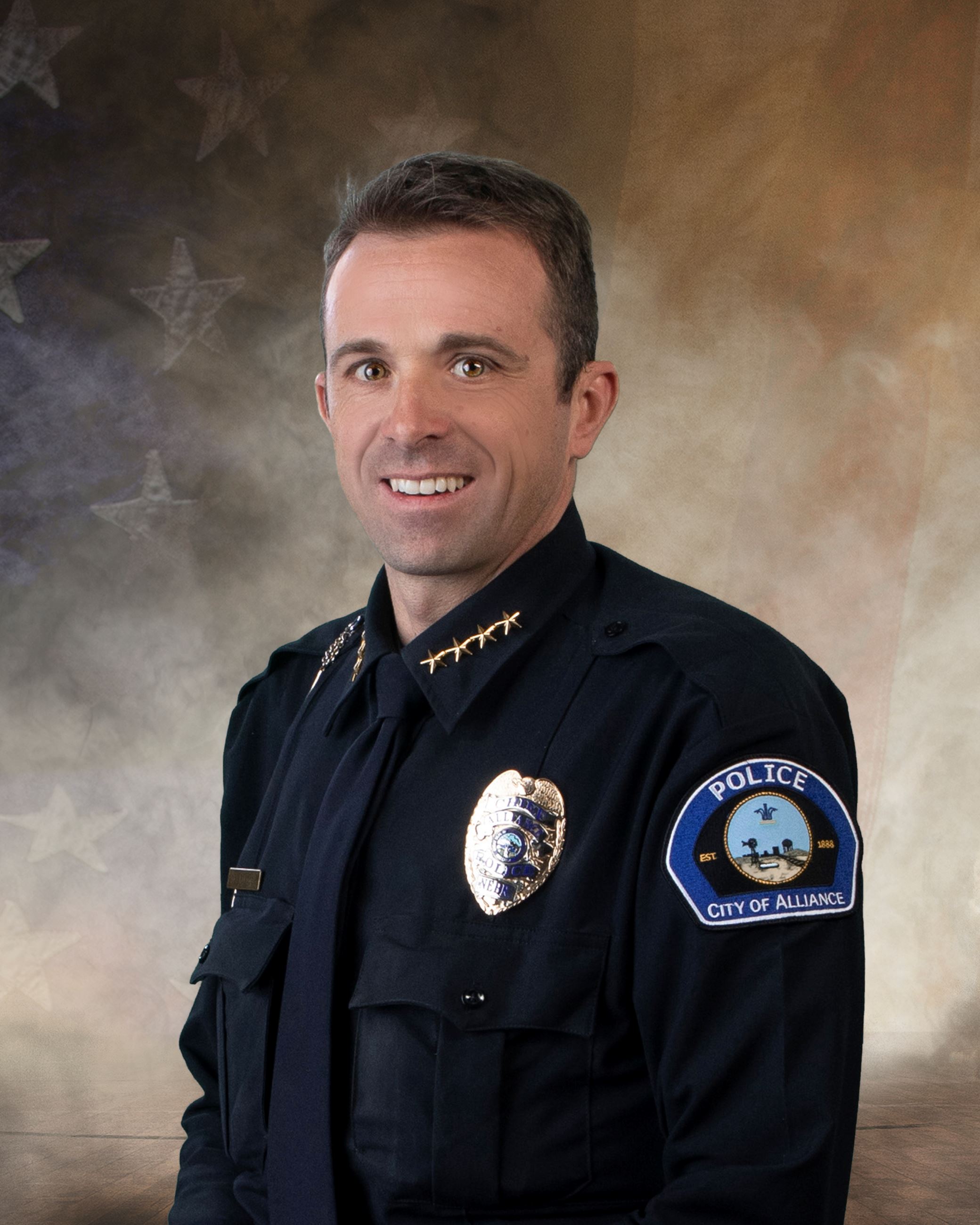 Welcome to APD Shield, the innovative and highly-successful program that partners our Counterterrorism Bureau with private security managers across the region.
In order to safeguard our city and our nation, we had to find new and effective means of sharing vital information with the private sector. Thwarting terrorism – like traditional crime, itself – is a shared responsibility between the police and the communities we serve. And we need you to help us keep everyone safe by maintaining a watchful eye for anything suspicious – because it is you who know your buildings and your immediate neighborhoods better than anyone.

Information sharing is a two-way street, and the relationships we have formed through our community are already reducing crime and contributing to a safe community. APD Shield is not intended to replace existing programs within the private security industry. Rather, it serves as a clearinghouse for threat updates and key messages about new briefings, industry-specific seminars, and the latest information from our counterterrorism experts.

We know that a threat to one of us is a threat to all of us. And certainly, terrorists and criminals around the world are working hand-in-hand to attack our interests. So, to defeat their network, we must strengthen our own.

Thank you for joining us in our mission to protect our country, its businesses, and its people. I look forward to further strengthening our relationships as we continue to keep everyone we serve safe, and ensure they feel safe, as well.

Our country has been targeted by terrorists on several occasions.

Other plots have been thwarted, such as the attempt to bomb the Atlantic Avenue subway station in 1997 and the 1993 Landmarks plot that targeted key sites, such as the Lincoln and Holland Tunnels, the United Nations and 26 Federal Plaza. Our country has persevered and thrived in the face of these events, but we cannot let our guard down. The threat of terrorism remains. Working together, the public and private sectors are stronger than either is alone. This partnership is the cornerstone in defending our country against terrorism.

APD SHIELD is an umbrella program for a series of current and future Police Department initiatives that pertain to private sector security and counter terrorism. This is a public private partnership based on information sharing.

APD SHIELD also seeks information from our private sector partners to assist in our efforts to keep the City safe.

APD SHIELD keeps our private sector partners informed of developing situations within the City and around the world, preparations for upcoming events and new intelligence and threat information.

APD SHIELD addresses private sector business on both an industry-specific and a geographic basis. This enables the APD to best serve the unique needs of each constituency.

APD SHIELD consists of experienced and educated law enforcement officers and research specialists each of which, bring their unique abilities to the program. Our staff is eager to continue strengthening the bonds between the APD and the private sector in the fight against terrorism.

APD SHIELD represents the strength and success that can be achieved through unity and cooperation between public and private sectors. By establishing and fostering these relationships before possible attacks, the APD and the private sector can work to prevent acts of terror and violence while strengthening our security mindset and posture. The support from both the APD and the private sector has allowed the SHIELD program to develop into the preeminent public/private partnership program it is today.

The APD Shield program addresses private sector information needs for its members in a number of ways including:

APD SHIELD is a two-way street; the key to success is for information to flow in two directions. Private sector personnel are well situated to serve as eyes and ears of the APD. We ask your assistance in the fight against terrorism by reporting suspicious behavior as soon as possible to the local authorities as well as SHIELD

You will be expected to share your open source intelligence with Shield. This will assist in our efforts to disseminate important information to other members that could benefit from your intel.

In addition, we recognize that our private sector partners are uniquely qualified to assist APD personnel during counterterrorism deployments. Your personnel know your buildings, blocks and neighborhoods from a different perspective. You know what belongs and what is out of place. We urge you and your staff to speak with the police officers you see on the street, particularly those assigned to your beat. Sharing your perspective can help us be more effective. If you have information to pass to the APD but cannot do so in person, please email us at comments@bbcpublicsafety.us . In an emergency, always call 911.

The CT Bureau reviews possible terrorist targets and develops innovative, forward-thinking policies and procedures to guard against attacks, training first responders and specialized units and developing intelligence capabilities for detecting and preventing terrorist attacks. The bureau coordinates with federal, state, and other law enforcement agencies in intelligence gathering and sharing, and plays an integral role in the FBI's Joint Terrorist Task Force.

One of the largest police agencies in the world is also a part of the Global Shield Network and will be working side by side with APD on all terrorism related matters that effect the public and private sector.

Bomb Squad is charged with the investigation and mitigation of suspicious packages, devices, and articles found throughout the city. They are responsible for rendering safe, dismantling, transporting, and disposing of bombs, explosives, incendiary devices, and dangerous chemicals. They work in conjunction with the Crime Scene Unit to search for, identify, collect, and forward explosive related forensic evidence in support of investigations.

Joint Terrorist Task Force (JTTF) is a multi-law enforcement agency that includes APD detectives and FBI special agents who investigate terrorism in the panhandle and around the world. This partnership with the FBI and other law enforcement agencies provides the APD with access to national level classified intelligence and the ability to analyze and share its own intelligence on the federal level.

Domain Awareness System (DAS) is a powerful counterterrorism and policing tool jointly developed and built by the NYPD and Microsoft. As a central platform, DAS is used to aggregate data from internal and external closed-circuit television cameras, license plate readers, and environmental sensors, as well as 911 calls and other APD databases. DAS uses an interactive dashboard interface to display real-time alerts whenever a 911 call is received or a sensor is triggered.

Terrorism Threat Analysis Group performs strategic intelligence analysis and disseminates this information, both open-source and classified, to the appropriate recipients in the Department, the private sector, the U.S. intelligence community, and other law enforcement agencies.

Community Involvement is Key and the APD believes terrorists may portray themselves as legitimate customers in order to purchase or lease certain materials or equipment, or to undergo certain formalized training to acquire important skills or licenses. There is also a concern that these individuals may simply steal certain types of vehicles, equipment or materials from the inventory of legitimate businesses. Whatever the method, once appropriated these items could then be used to facilitate a terrorist plot.

The APD actively encourages business owners, operators and their employees to apply their particular business and industry knowledge and experience against each customer transaction or encounter to discern anything unusual or suspicious and to report such instances to authorities.

If you agree to join our network, one of our staff members will explain why certain types of businesses may be attractive to a terrorist operative and provide a list of indicators – specifically tailored to that business -- to use as a reference. Once visited, these businesses receive a framed certificate and become participants in the APD “Shield Network” to serve as a first alert mechanism to help protect our community and country against the threat of another terror attack. It is important to note that participation in this network is not limited to the City of Alliance businesses.

Terrorist attacks do not occur in a vacuum. They require planning and preparation, such as the acquisition of certain materials or training in targeted activities. Terrorist operatives will try to obtain these in the private sector, from businesses both inside and outside of Alliance’s geographic boundaries. Moreover, their approach to a business will vary, from entering a store and standing directly in front of a customer-service counter to making an electronic purchase over the Internet at a company’s website. Call 308-762-4955 or Email COMMENTS@BBCPUBLICSAFETY.US

Shield is intended to serve the city and its critical infrastructure sectors through collaboration with private-sector security directors who represent their organizations and can extend Shield services & products to their own stakeholders.

Applicants must have a work related email address (no personal email addresses) and meet at least one of the following criteria:

Interested parties who do not meet this criteria are encouraged to contact their own security directors to become a SHIELD member. Doing so will help with gain access to Shield resources and allow Shield to act as a force multiplier for the safety and well-being of their organization.